As a professor of theatre, Kane Anderson has taught courses in theatre, performance studies, ethnography, art, and academic writing. He currently teaches classes in acting, directing, history, literature, and theatre appreciation at the Theatre Department of Northern State University. Some of Dr. Anderson's past courses include:

"He has such a vivacity for life, and a raw passion for teaching. As soon as he stepped in the Theatre Building door, he electrified the room with his energy."

"I’m impressed with his style of teaching. He’s a really funny teacher and I love the class. He really tries to make class a safe place and always reminds us that the stakes are low, and if we mess up, so what? Life goes on!" 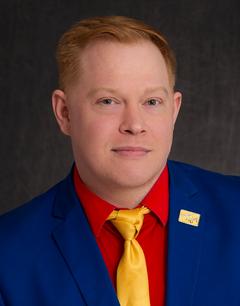 "Kane brings so much of himself to teaching! He makes our writing class fun while encouraging us to express our ideas. He genuinely wants to see us find our own voices as writers."

Voice for the Theatre

Performance of the Human Body

Freshman Seminar: Superheroes/Comics/Fandom
Acting American: The Plays of the United States through its Actors